skip to main | skip to sidebar

As often happens to me, two or more seemingly unrelated items cross my path, which, when viewed together, leave an indelible impression on me. This time it was the word "Warriors."

My friend Al made an interesting comment in the steam room last week that he discovered he was referenced a number of times in recent book. The book, The Silent Warrior, is written by a sniper, and it involved Al's tour of duty as a Marine in Vietnam. Al has kept in touch with his old outfit (only 35 of 300 who went to Vietnam with him actually came back), so he obtained a copy of the book.

Then the local Sunday paper featured a front page article about nearby Auburn, MI, and the efforts by the Michigan Civil Rights Department to force them, along with 34 other Michigan K-12 schools, to get rid of their Warrior mascot and name. There is a lot of "psycho-babble" offered as proof of possible damage to Native Americans, but no one is listed who feels they have been harmed.

These type incidents fall under the category of "political correctness", or PC. Similar efforts were presented in the Feb 18, 2013, issue of Time when the legislatures in Olympia, Washington, replaced "freshman" with "first year student", "penmanship" with "handwriting" and "sportsman" with "outdoors enthusiast ". A national incident on PC occurred this past week when the famed neurosurgeon Dr. Ben Carson was invited to speak at a prayer breakfast. With President Obama seated not 10 feet away, he proceeded to lecture the audience for 25 minutes on two of his favorite topics: political correctness run amok and the national debt. The media reporting of this speech was, as expected, divided by red/blue bias.

Getting back to the Warrior issue, I personally have two alma maters with this "problem." My high school was, and still is, known as the Warriors. My MBA came from nearby Central Michigan University, who are known as the Chippewa's. In the case of CMU, they "paid off" the local Chippewa tribe--who didn't have any problems with the name--and the NCAA went away.

So I go back to Al and ask him, a Marine veteran of three years, what the term warrior means to him. Like myself, he thinks it is an honorable name to be called, and we have no association of the term with Native Americans, good or bad. Could one find a single person who has been "damaged" in any way by attending a school with a warrior mascot? Maybe if you looked hard enough.Is the answer to this individual's problem a complete overhaul and rewriting the history of an institution? I think not.

So I close with the law precept put forward by Oliver Wendell Holmes, who spent 30 years as a jurist on the Supreme Court in the early 20th century. He defined as a "reasonable person" one who would view the facts of a case as a "composite of the relevant community's judgement on how an individual person should view them." (Actually, I think he said reasonable man, and that has been changed to reasonable person.) I understand that this definition is often given to jurors by the presiding judge. It works for me, too.

I see it has been another 2 years between blogs. I should be more vocal.

OK, last night at the Westminister Dog Show, the winner was Banana Joe. He is an affenpinscher breed. Joe had to be the smallest dog entered, certainly the smallest among the 7 finalists. He gives hope to all us 'shorties'; for the rest of the week I have instructed my friends to call me Banana Joe.

After ignoring this site for almost 2 years, I decided to clean up some of my previous posts and to try to add some personal feelings on a regular basis.

I saw that one way to escape jury duty is to post something on a social page that, if a lawyer is looking for a reason to dismiss you, will give him/her lots of ammunition. Since I have never been called in 48 years of home ownership in Midland, I don't think this is problem for me. However, if you are looking, I believe in the phrase, 'When in doubt, empty the clip.' 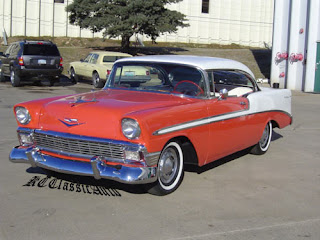 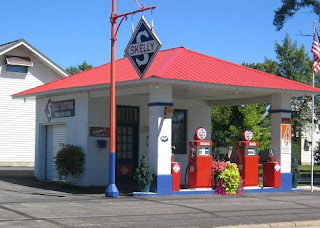 I first uploaded the left-justified picture. That left room on the right. Then I uploaded a right-justified picture.
The cursor was still located between them, so I tried the down arrow. Nothing. Then I hit the ENTER key repeatedly, and the cursor moved below the pictures.
Next I Published Post
Larry
Posted by Larry at 4:26 PM No comments:

I spent the last few days reading all or most of three books on Stonehenge. Fascinating, as Mr. Spock would say.

What you read depends upon the discipline of the author. The archaeologists, who logically have done most of the studies of Stonehenge, for the most part say they aren't sure what it represents. Most of these archaeologists even go so far as to say '... we don't know what it is and we likely never will'. The one book I read that was written by an astronomer, Stonehenge Decoded by Hawkins, is pretty sure it is some form of an observatory. He puts forth some convincing arguments, backed up by a state-of-the-art computer (for 1960), which he refers to as 'The Machine'.

What all serious students of Stonehenge agree upon is that it represents 3 or 4 separate constructions starting around 2500 BC with major additions or modifications made about every 200-400 years thereafter. Certainly Stonehenge has been used as a burial site over its life as have many other stone and mound areas in England. Also, these same students place little credibility upon the 'popular' notion that the Druids, and their human sacrifice activities, had anything to do with its construction; they have only been in the picture for the last 150 years. Even less credibility is given to the theories of construction by 'supernatural' beings. All of the authors are comfortable with the local natives being able to move the 30 ton stones from a known quarry some 240 miles away.

I would recommend you do some 'light' reading about Stonehenge. Wikipedia is a good summary that captures the essential details. For me one of the most amazing things about Stonehenge is that it is still standing after enduring the Roman invasion, the 100 Years War, the blitz bombings of WW II and all the 'tourist' activity.

I am testing my new-found knowledge of how to add a blog entry to an already existing blog.*  After reading two pages, it seems simple enough, but until one trys something for the first time, it will always remain a mystery.
The ability to email brief entries to a blog would seem to open up a whole new way to run up the cell phone bill !
Larry
* All this information is on p.28 of Elizabeth Castro's 2005 book on Publishing a Blog with Blogger.
Posted by Larry at 11:39 AM No comments:

Since my original post, Oct 4, the spam police at Blogger.com have locked this blog--they decreed that this blog is spam.

Fortunately, they offered this author a chance to appeal, and after a few days, the tooth fairy sprinkled some pixie dust on my blog, and I am back in business.

That's all for now.